I have to be honest, I don’t watch a lot of television. I don’t find humor in the majority of sitcoms these days, although I do binge some old classics like Seinfeld and Cheers from time to time. I also don’t get the obsession with the epic medieval fantasy series, Game of Thrones.  However, give me a good crime drama like Breaking Bad, The Wire, or Criminal Minds and you’ve got my attention.  What’s better than getting lost in a good crime, whether it is a murder, robbery, or a serial killing? To be able to watch the sick twisted perps of society for a solid hour is just an escape from our everyday mundane lives. That is, until you pull up a seat and binge the “multi-generational” law enforcing Reagan family of New York City’s finest, Blue Bloods. This police procedural is just as predictable and stereotypical as one could imagine. You won’t be in your seat for long, but you will be heading for bed and a good snore. Blue Bloods is absolute boredom.

When I started binging Blue Bloods, it was the cast that drew me in. Being from the Boston area, Donnie Wahlberg immediately caught my eye, followed by Tom Brady’s old girlfriend, Bridget Moynahan, and the older guy, Tom Selleck,  who has proven himself over and over again in this type of genre. You might figure it’s hard to go wrong with these actors, but the writers of this series got it all wrong. First of all, the entire family except Erin (Moynahan) wears blue. Selleck’s father was a police commissioner, Selleck is a commissioner, Danny (Wahlburg) is a badass detective, and the younger brother Jamie (Will Estes) is a lawyer turned cop. Erin just happens to be the assistant D.A. to change it up a little. In every episode, given the structure of this Irish family, one might be in search of some good ol’ family dynamics – a difference of opinion, a family fight ending in fists flying, anything! Instead, each episode ends with an “old school” Sunday family dinner where there is a “tiff” over the way a case was handled or a social issue, but each time it is just boring narrative that doesn’t stir up enough emotion for the viewer to pick a side. The family dialogue is flat, to say the least. 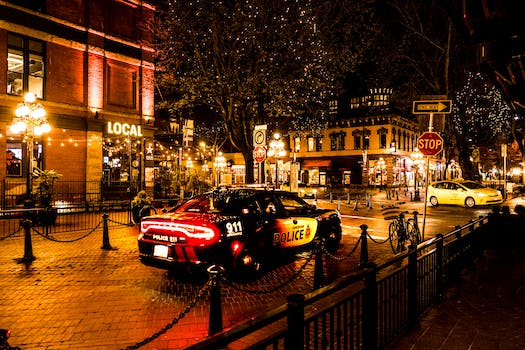 Next, I examined the format of each episode – no need for imagination there since they are all the same.  The crime takes place without showing the perp, only the Reagan family is ever called to solve the crime (I guess there are no other cops in NYC), they get a hot lead, usually Wahlberg (who almost never follows the rules) solves the crime, and what do you know – it’s Sunday dinner again. That’s it! Not to mention how stereotypical each crime is. Take the pilot of the series for example, a white van with dark windows pulls up and kidnaps a little girl. Seriously? How about a “pimped out” shiny black Escalade slowly rounding the corner, tinted windows lower, and what do you know – it’s a drive by shooting.  The perps? You guessed it – they are black. Last, but not least, who are the ones to take these dregs of society down and throw them into custody? Right again, the white male cops. So stereotypical. In writing this post, I came across a Blue Bloods review by Laura Hudson written in 2014, “Breathe Easily, White America.” It is discouraging that, five years later, little has changed and we are still trying to eliminate stereotyping in these kinds of police procedurals, as well as other shows on TV. They are predictable and unfortunate.

So, with all of these repetitive and mundane episodes that lack creativity and imagination, why did Blue Bloods managed to stay on the air for nine seasons? Did the boredom not phase its viewers or was it because we all have a thing for crime? Crime is dark, ugly, and mysterious. We say we don’t want crime, yet we endlessly watch police dramas on TV. The nightly news is full of crime and the acts seem to be getting more heinous and bizarre each week. Crime takes us away from our monotonous lives.  At one time or another, we have all imagined what we might do if we were ever caught in one of these criminal situations. It sounds crazy to admit it, but it’s true. Would we have acted the same as the perps or would we have chosen other ways? It’s fun to think about even though we would never actually do it. We could only hope that the crimes wouldn’t be as boring as Blue Bloods.

2 thoughts on “The Boredom of Blue Bloods”