There are many different reasons why The Super Bowl is the highest viewed live show on television.  People want to see who will win The Super Bowl after almost 5 months of Football teams playing for it.  Football has some highlight reel plays that people want to witness live. Some of these plays carry a lot of value because they could be the difference between winning and losing.  One more thing is that some really great athletes are making these plays. Fans find this exciting. Football is the most popular sport in America, each football team has a large group of die-hard fans and even fans who do not have a team in the game want to see how the game turns out.  Lastly, sports connect to places people live, so you get more people from different regions interested in the game. People from these regions learn to love and despise certain athletes and teams. This only makes people want to watch the game more because they either want to see them win or lose. All these are reasons why so many people want to watch the The Super Bowl.

In the sports world you can also have more raw emotions than in television series.  For actors it is difficult to recreate how someone feels in a situation because the actor never went through what an athlete had to go through to get to where they are.  In Super Bowl 49, when Malcolm Butler made the interception that won the game, him and other players were showing real emotions: Malcolm Butler with the other Patriots players jumping and cheering and The Seahawks players in shock.  In the past there have been football movies and tv shows that have showed these emotions. While this is true, to be able to watch athletes live and seeing how raw they are makes The Super Bowl even better. 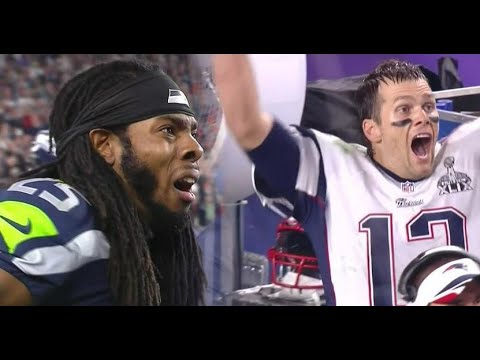 The way people watch television is changing.  It takes a very strong push to get people to want to watch a show on live television.  Sporting events can be this push, especially The Super Bowl, because there is a large amount of hype, large fan bases and plays that people do not want to miss.  This is different from normal television because it features real people working together to reach a goal. It is once a year so people plan far in advance to watch it.  The want for more convenience and bigger spectacles are what is leading more people to watch television shows on the internet and sporting events on live tv.

5 thoughts on “Why The Super Bowl is the Highest Viewed Show on Television.”