After 30 seasons and 651 episodes, it’s hard find a major mistake that “The Simpsons” has made over its three decade long dominance on television. At this point, it’d be fair to say you’d be nitpicking. However, in an age where everything is now under the microscope of being politically correct or insensitive to someone, “The Simpsons” appears to have made a grave mistake when it comes to one of their most recognizable characters. No, I’m not talking about any members of the Simpsons family, but rather a character that has been there almost since the very beginning, Apu Nahasapeemapetilon. 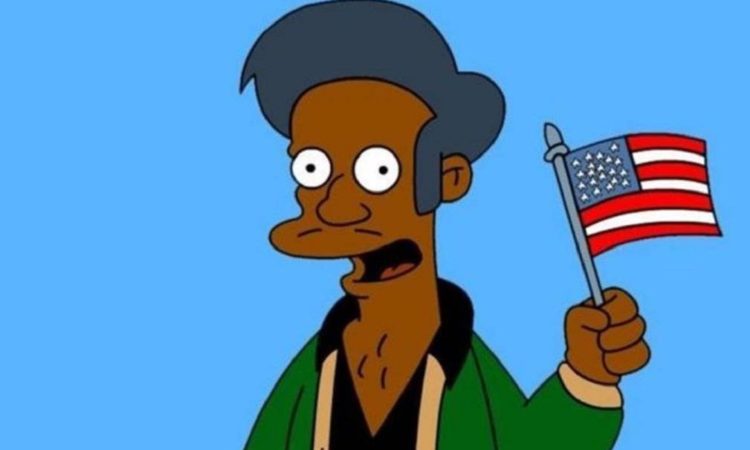 The Kwik-E-Mart owner has been a staple of “The Simpsons” cast since he first appeared way back in season one, episode eight’s “The Telltale Head” (1990), making viewers laugh with his antics and patented “Thank you, come again” catchphrase that is known by many. However, therein lies the problem: over the years, the discussion of Apu promoting stereotypes and even being considered racist by some has come up time and time again. This is, in part, largely thanks to the 2017 documentary “The Problem with Apu” where host Hari Kondabolu and other South Asian-American entertainers, comedians, etc. criticized the character. The documentary as a whole was well received and prompted a lot of discussion on what “The Simpsons” should do with the character, and it presented a lot of speculation as to whether Apu would be simply written off the show, killed, or be taken care of in some other fashion.
“The Simpsons” tried dealing with the controversy in the season 29 episode, “No Good Read Goes Unpunished,” which aired on April 8, 2018. In it, Marge finds that a book she once loved as a child contains elements that would now be considered offensive and tries to self-edit the story so that it is “culturally appropriate.” Doing so, however, causes her to see that the book loses its “emotional journey,” which leads to a discussion between her and daughter Lisa that prompts Marge to ask what she is supposed to do about the situation. Lisa then responds by saying, “It’s hard to say, something that started decades ago and was applauded and inoffensive, is now politically incorrect. What can you do?” The camera then pans to a picture of Apu with “Don’t have a cow” written on it. Marge then goes on to tell Lisa, “Somethings will be dealt with at a later date,” to which Lisa replies, “If at all.” Both characters stare into the camera (breaking the fourth wall) is if they’re speaking to the viewers rather than each other.
To many this was seen as a direct response to Kondabolu documentary and was not received well by fans or critics. One of the main problems people took away from this response was that it came from Lisa, who is seen as the moral compass of the show and is one of the few characters who emphasizes treating others with respect and doing good things in life. It came as a shock to a lot of people that she was the one handling the situation. Personally, I don’t think there was a character that was better suited to say this than Lisa, mainly because I don’t think it would’ve been as effective if another character said what she had. Just imagine if someone like Bart or Homer was the one to say it, there’s no way it would’ve been taken as seriously as it was, mainly in part because we have been conditioned over so many seasons to not take any of them seriously! So, when a serious moment like this comes up, it only makes sense to have the moral compass of the show say it in order for the message to hit harder. If someone with the mindset of Lisa can brush this “problem” off, then the fans and critics watching should as well. 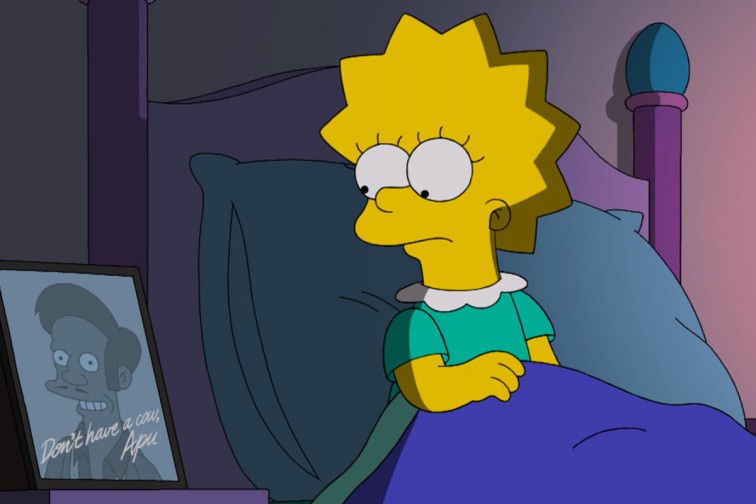 Although it may not have been what people wanted to hear or how they wanted to hear it, I feel as though “The Simpsons” handled it the right way. The show started in 1989, has been on for 30 season and will continue until at least season 32 after being picked up by Fox for two more season (the final episode of season 32 will put the show at 713 episodes in total). Times have obviously changed and there are things that were okay to say and do back when the show first started that aren’t okay to do and say now, and I get that, but as Lisa put it, why is something that was one time praised and found funny now being chastised and belittled due to the period we’re in? Why after 30 years and almost 700 episodes is it now finally being brought up?
I honestly don’t see Apu as a completely unbelievable character either. The notion that he is an over-the-top stereotype and racist due mainly to his accent and the fact he works at a convenient store is far fetched to say the least. There are indian people with strong accents, and some with minimal accents if one at all, there are also indian people who work in/own convenient stores and there are plenty that don’t. My point is, lets not pretend that an indian person, with an accent, who works at a convenient store is something that doesn’t exist in the real world.
It’s also unrealistic to focus in on Apu being the only stereotype that is poked fun at on “The Simpsons.” Characters, such as Fat Tony and Louie, are both mobsters with Italian accents and mannerisms portraying the stereotype that all Italians are in the mob. Keeping with Italian stereotypes is Chef Luigi Risotto who’s a chef that likes pasta and pizza, another Italian stereotype. How about Groundskeeper Willie? He has an extremely over-the-top Scottish accent with drunk and violent tendencies who at times is also seen wearing a kilt and playing the bagpipes playing into the Scottish stereotype. There’s Cletus and his family who fall into the redneck stereotype of being dirt poor, dumb, missing teeth and like to brew moonshine. Even the lovable Homer falls into the American (specifically male) stereotype of being dumb, lazy, and overweight. 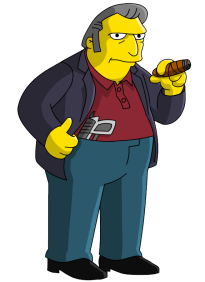 My point being that no one race, ethnicity, etc. is singled out on the show.
“The Simpsons,” “Family Guy,” “South Park,” you name it, all of these shows operate on the same comedic style of poking fun at people of all races, backgrounds, stereotypes, and just what’s going on in the world in general. They’re made for mature audiences for a reason. To single out one show and one character that was seen as such a great breakthrough at the time of his arrival, being that he was really the only representation for South-Asian Americans on TV at the time, to now be “politically incorrect” ultimately puts “The Simpsons” in a tough spot. Do they appease critics and get rid of Apu entirely, surely angering long time fans? Do they keep the character as is, ultimately upsetting critics but appeasing to fans that don’t see the problem with Apu? Or could they potentially give a new spin on the character by giving him a new job or a new voice that better suits him than Hank Azaria who has said he’d be willing to step away from the character if that’s the direction the writers want to go in. Only time will tell if “The Simpsons” will fully commit to dealing with the problem at a “later date” or if they choose to take the “if at all” approach.