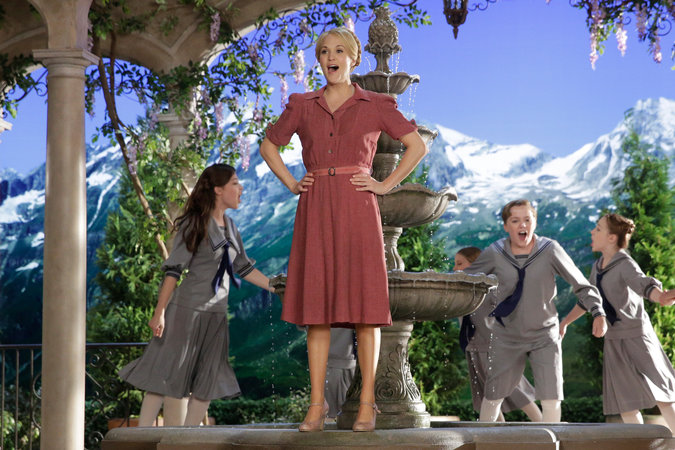 Television has its roots in live broadcasting. Airing shows live was very common in the 1940’s and 50’s due to the high cost of delaying programs to be aired using the filming systems that were common at the time. Because of this process most television was taped and aired live as we commonly see with morning shows today, and shows like “Saturday Night Live.” As systems evolved, and the capabilities of what television could provide grew over time, television then had the ability to delay their programming, which has further evolved into on-demand streaming services like Netflix and Hulu. Despite these current practices, the recent TV trend emphasizes liveness in the form of live TV musicals. These live TV musicals that celebrate televisions roots could be an attempt to steer viewers away from streaming services when possible, and show that there is a space for live entertainment in the media industry today.

In support of this claim, Todd Spangler writes that consulting firm Deloitte finds that consumers in the United States are more inclined to stream than tune into television while it’s airing. Deloitte also found that 42% of American households subscribe to a streaming service, such as Netflix, 56% stream movies and 53% stream television shows on a monthly basis; compared to 45% who prefer watching television while it is airing. With millennials being able to watch television on their laptops and mobile devices, the rise in use of streaming services makes sense Marcus Wohlsen agrees with Spangler. Wohlsen talked to analyst Tamara Gaffney. Gaffney thinks that there is a draw to streaming sites via sporting events. Gaffney explains that the only way to watch some World Cup games was online, and because of this, many people turned to streaming sites, which acted as a transition toward regular streaming.  So what is television to do in order to draw in viewers?

Live television specials like the Grammy Awards are always a huge draw, so much so that in 2016, they added the option for watching the live show in Pacific and Mountain Time zones for the first time. Aside from the Grammy Awards having a large draw, the two most popular television programs shown every year are live: The Superbowl and The Academy Awards.  Live made-for-TV musicals achieve the same thing. The live TV musicals trend started in 2013 with NBC’s “Sound of Music Live” followed by “Peter Pan Live”, “The Wiz Live”, and “Hairspray Live.” In addition to all these examples, NBC has already announced “Bye Bye Birdie Live” in 2017. Shortly after NBC’s success in this field, Fox Network followed with “Grease Live.” The ratings for “Grease Live” makes it the second most viewed live TV musical, at the time. It hit a 4.3 rating in the 18-49 year old demographic. With all the work that goes into making a live made-for-TV musical, they tend to only happen twice a year but the strong viewership makes a strong case for having more live TV.

Kevin O’Keefe writes that these live TV musicals have also redefined live tweeting and communal viewing. While O’Keefe’s article on these programs is on the pessimistic side, saying that “everyone was hate-tweeting”, he does make a valid point that these live programs have the capacity to reshape how we watch television. This doesn’t just go for live TV musicals but for live TV in general like award shows. Simon Dumenco argues that Twitter has the ability to make us care about live TV award shows. Dumenco points to another critic, Liz Pullen who he agrees with. Pullen notes, “I thought awards shows were dead years ago but Twitter has really revived them.” Pullen also points out that celebrities used to trend because they were active on twitter in the early 2000’s but now, unless there is some huge scandal, or album or pregnancy they will only trend because of appearances on award shows. Based on what Dumenco and Pullen argue, Twitter is a huge vehicle for the revival of live TV and is able to revolutionize the way people watch these shows.

As with any TV program, these live shows do have their critics. However, despite these criticisms these live TV musicals are still being made year after year by two huge TV networks. The fact that viewers can tune into something as the same time, live, and are willing to watch these live musicals in this age of streaming is something that I find interesting. The fact that those people then turn to social media to share their thoughts on these live programs makes this phenomenon even more special. The whole world is able to watch the same TV unfold in real time. In a time when people are easily able to tape and stream TV shows and watch at convenient times, the fact that they are willing to watch programming that is on at a specific, one night only time is amazing.

While, yes, these musicals also make their way to DVD, Netflix and ITunes, farther supporting the streaming television services, there’s something about live theater that’s more exciting. Especially with these live made-for-TV musicals anything can happen or go wrong and they only have one shot. However, the fact that DVR and On Demand and Streaming services are making these live shows accessible to the viewers that missed them live, could cause viewers to tune in the next time there is a live show. “Sound of Music Live” brought in almost 22 Million Viewers once they included people who DVR’d or otherwise recorded the Live show. It even topped every other telecast on the network for that week and that was the first live musical shows on TV. With the most recent live TV musical “Hairspray live” garnering 8.9 million viewers in the preliminary ratings alone, I don’t think these live TV musicals are going anywhere soon. Despite viewership fluctuating from musical to musical, they still keep getting made and they still get viewership.

With so many options to watch on television that fact that viewers are choosing to tune in to live shows like this demonstrates a need for them, and that there will always be a place for live television in the media industry. The fact that television can bring live musicals to the general population in the comfort of their own home is an amazing thing and I, for one, hope it continues. You get the thrill of seeing a live show, without having to pay the price of a ticket for a Broadway show, all in the comfort of your own home. So while it looks like streaming services are here to stay, so isn’t live television. After all, live TV is what started television and makes it possible for TV, as we know it today.

2 thoughts on “In the Age of Netflix: Live Television Still has a Place”